SkyView gets the GOODS

Next week we hope to begin releasing a whole new set of surveys in SkyView. These surveys are from the GOODS regions — the Great Observatories Origins Deep Survey. Two regions of the sky (northern and southern hemispheres), relatively devoid of stars, were selected for very deep observations by HST, Chandra, Spitzer and many other space and ground observatories. To make the surveys as deep as possible, only a tiny fraction of the sky (a few hundred arcminutes) are in the official GOODS regions, but some instruments have larger fields of view.

The GOODS data reflect a new approach for SkyView. We’ll be providing access to smaller regions and perhaps soon to non-survey observational data.

You can get a taste of the new data by looking our next version of SkyView. Look for the group of surveys labeled GOODS. Remember to enter coordinates in the GOODS regions. We’re in the process of testing right now. Here’s a color image (with something like real color) using Hubble ACS data of the Hubble deep field. Galaxies near and far predominate, with only a relative scattering of stars. 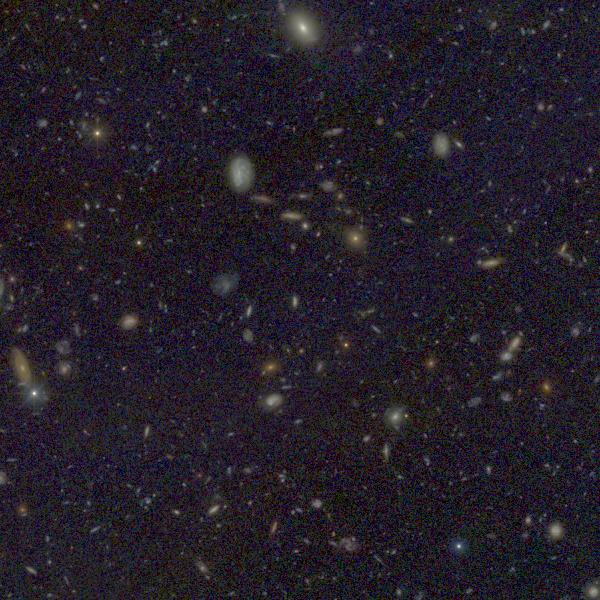 This entry was posted in Discussion, Notices and tagged GOODS, HST, surveys. Bookmark the permalink.

2 Responses to SkyView gets the GOODS