We have just released the latest update to SkyView that now includes an additional optical dataset from the Transiting Exoplanet Survey Satellite (TESS). This survey has covered roughly 90% of the sky in its first two years, aiming for 50 ppm photometric precision on stars with TESS magnitude 9-15. The data are served in HiPS format from CDS and were generated from the TESS FFI images by Ethan Kruse. Below shows the full sky in a mollweide projection, missing only some regions too near the ecliptic. 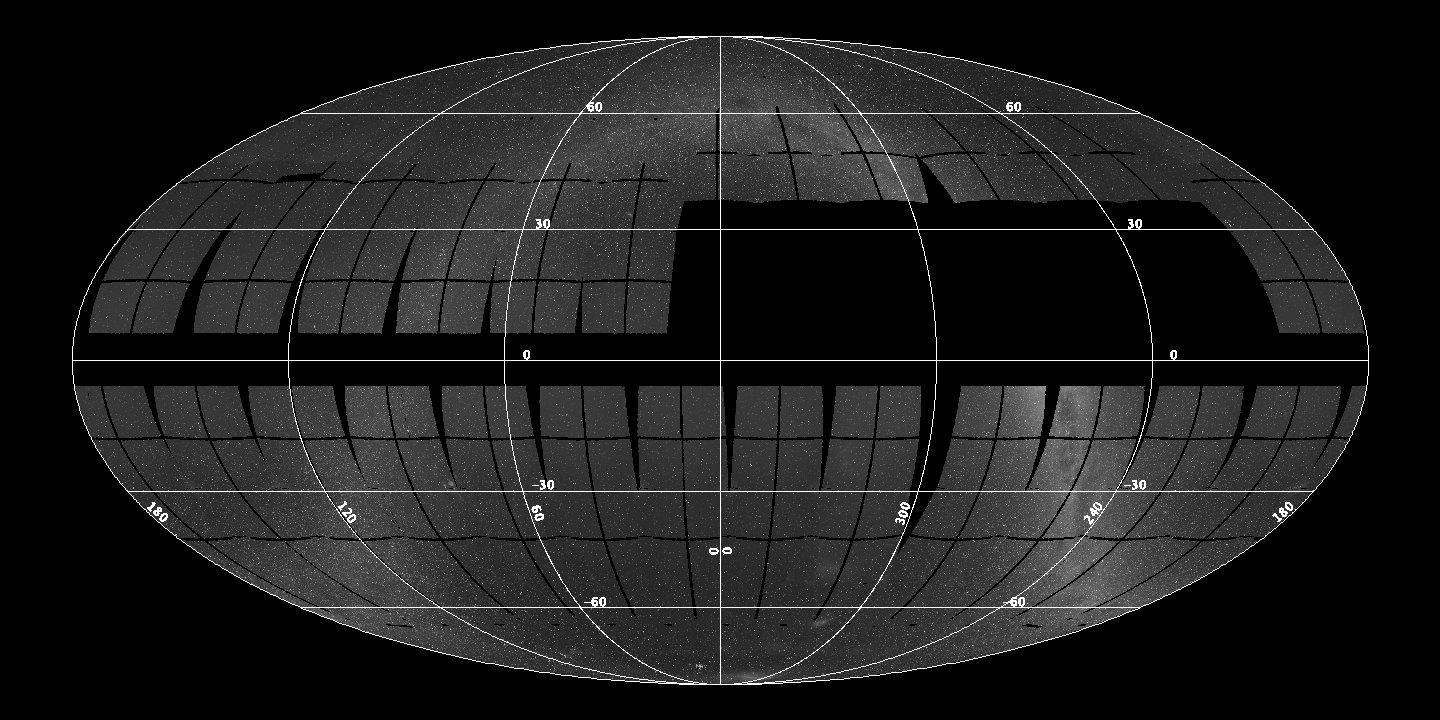 This entry was posted in Announce, releases and tagged tess, v3.5.5. Bookmark the permalink.