Figures from SkyView: A Decade with the Virtual Telescope, a paper presented at the American Astronomical Society meeting in Seattle, WA in January 2004. 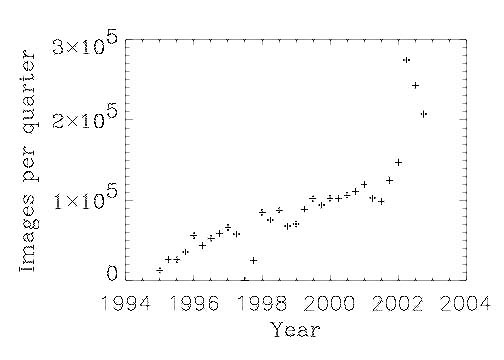 This plot shows steady growth over the past 7 years with a large rise this past year after the installation of new hardware and with the selection as a Scientific American SciTech web site. (The drop in 1997 is due to a gap in data collection) 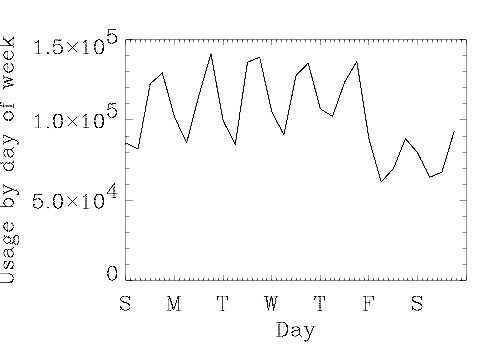 This usage plot shows diurnal variations and a drop on weekends.

Percentage of SkyView requests by wavelength 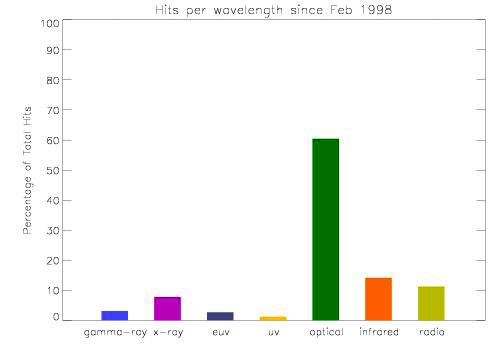 Obviously, optical surveys are the most popular. 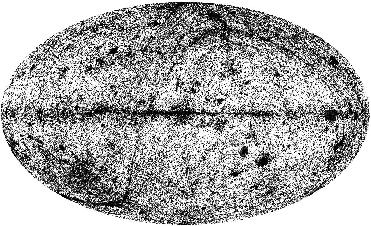 We gratefully acknowledge the support of NASA and contributors of SkyView surveys.